The River Murray is central to the life and development of South Australia.

We play an active role in managing our river – monitoring and reporting on its activity and managing its system of locks.

The River Murray makes a key contribution to the water security of our state. Of our more than 80 drinking water supply systems, nearly half either directly or indirectly draw from the river.

How much water we draw from the River Murray varies from year to year, and is largely dependent on the amount of natural inflow into the reservoirs in the Mount Lofty Ranges.

Salt is a natural feature of the Murray Darling Basin. Because of the flat land, low rainfall and high rate of evaporation, the salt has become concentrated within the soil and groundwater. We monitor the River Murray and provide salinity reports.

Different salt levels have a different impact on people, industries and on your pipes. In industry, high levels of dissolved salts can cause corrosion, scale and poor steam quality. It can also increase the need for chemicals to be used in water treatment.

We manage salt interception schemes in South Australia on behalf of the Murray-Darling Basin Authority to divert saline groundwater and drainage water before it enters rivers. Since 1988, these schemes have prevented approximately half a million tonnes of salt from reaching the River Murray each year. 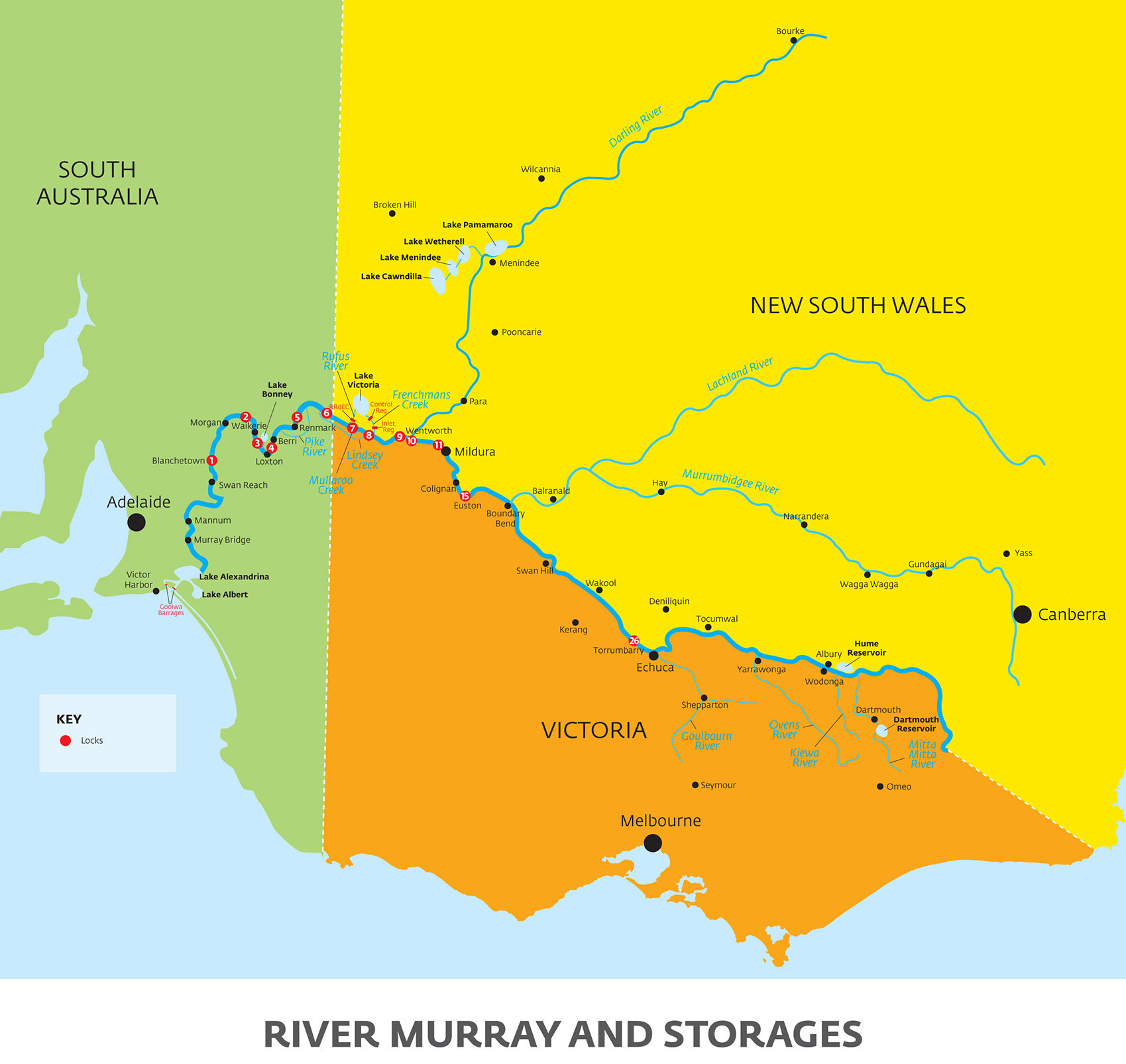 The River Murray and Storage system, including numbered locks. 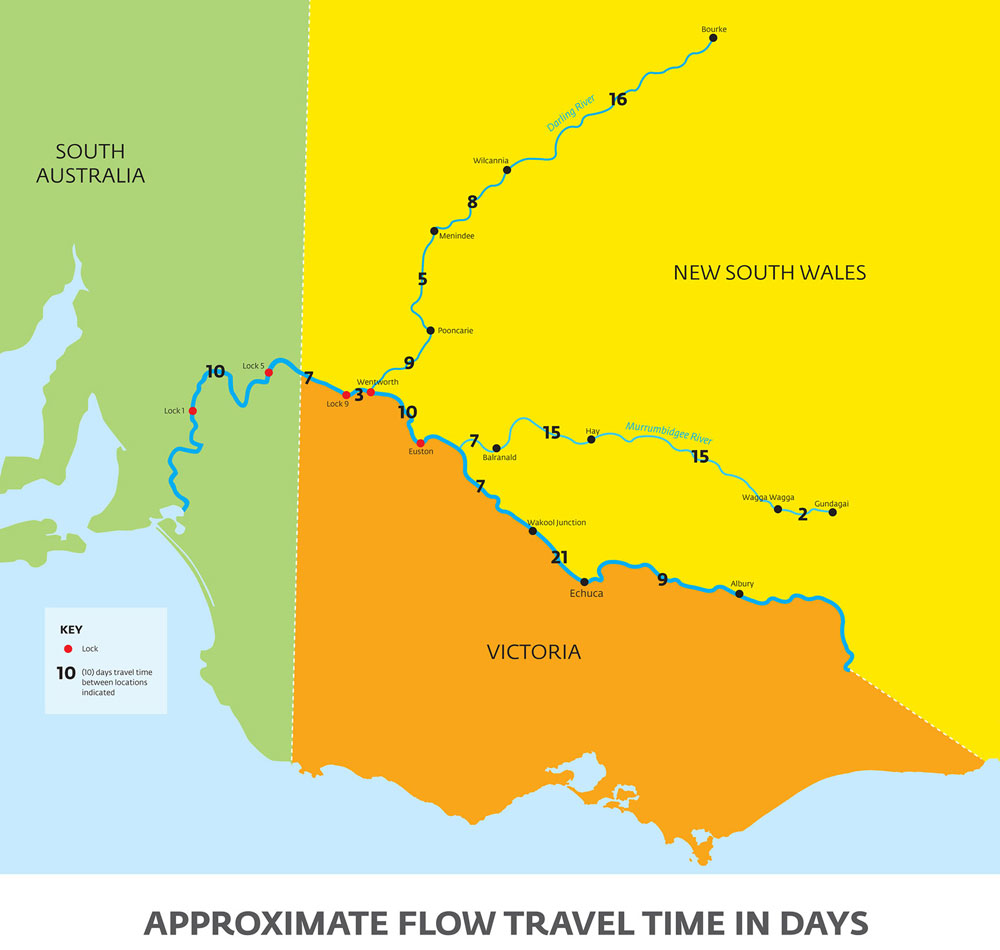 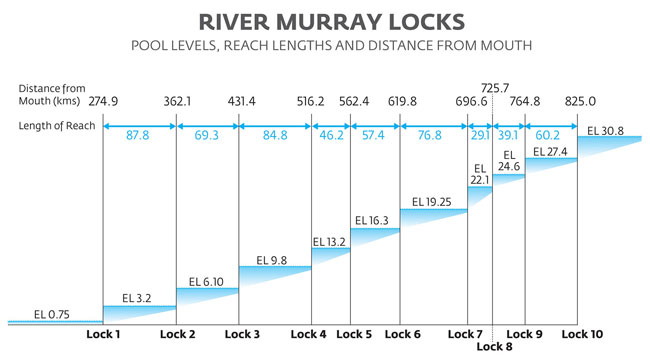 Pool levels, reach lengths and distance of all locks from the river mouth.